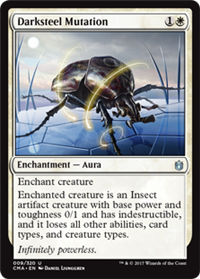 Enchanted creature is an Insect artifact creature with base power and toughness 0/1 and has indestructible, and it loses all other abilities, card types, and creature types.