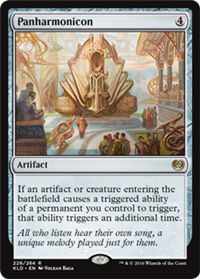 If an artifact or creature entering the battlefield causes a triggered ability of a permanent you control to trigger, that ability triggers an additional time.