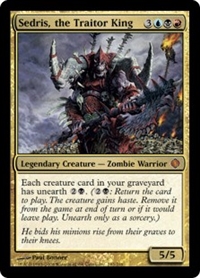 Each creature card in your graveyard has unearth 2B. (2B: Return the card to the battlefield. The creature gains haste. Exile it at the beginning of the next end step or if it would leave the battlefield. Unearth only as a sorcery.)